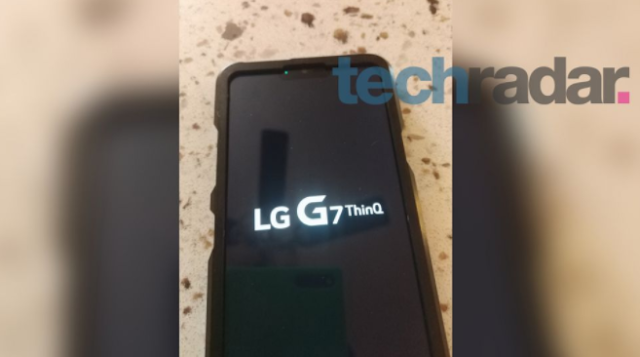 After the debate about whether it will be launched, LG seems to have decided to call its next-generation flagship G7 ThinQ. The first few days ago revealed through a leak, now confirmed by the first shot you can see below.

It shows a prototype G7 ThinQ startup screen with all its names displayed. This mobile phone has a built-in, undetachable, heavy box, which means it shields its design as much as possible.

The G7 ThinQ is said to come with a 6.1-inch touchscreen, Snapdragon 845 SoC, 4GB of RAM, and 64GB of storage. The prototype is said to have scored 252,473 points in the AnTuTu benchmark, surpassing the Samsung Galaxy S9 and not the Sony Xperia XZ2. Then, it runs the pre-release software again, so that once it is finally completed, the situation may change.

As mentioned earlier, LG expects to bring G7 ThinQ to market in May, so LG may release a message at the end of April, and we will provide you with more information.